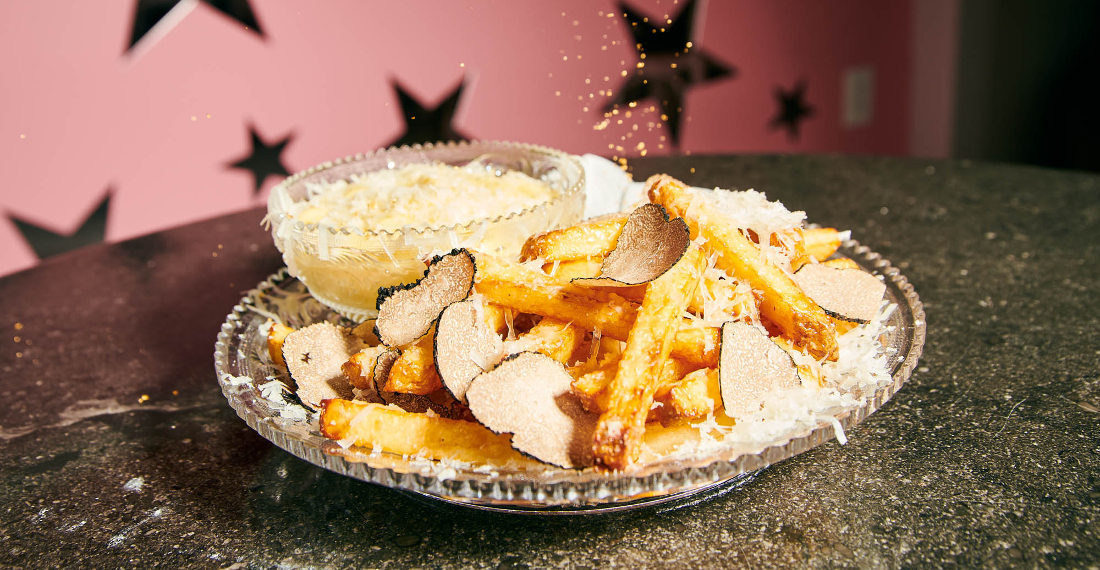 Looking for the Guinness World Record Holder for most expensive French fries? Well then look no further than the ‘Creme de la Creme Pommes Frites’ from Serendipity3 in New York City (also home to the most expensive milkshake, sandwich, and dessert — because having a shtick is important). What makes them so expensive? Let’s see just how many extravagant ingredients they can add:

The base is Upstate Chipperbeck potatoes that have been blanched in a mix of Dom Perignon Champagne and J. LeBlanc French Champagne Ardenne Vinegar before being thrice cooked in pure goose fat from Southwest France. The fries are then seasoned with Guerande Truffle Salt, tossed in Urbani Summer Truffle Oil, and topped with shaved Crete Senesi Pecorino Tartufello…The chefs then throw some shaved Black Summer Truffles from Umbria, Italy, on top before adding sprinkles of 23k edible gold dust to boot.

Of course, no French fries are complete without something to dip them in, so the dish is also served with a Mornay sauce — made from Udder Cream from Jersey cows, Black Truffle Butter, and Gruyere Truffled Swiss Raclette. And because presentation is everything, so the dish is served on a Baccarat crystal Arabesque plate with the sauce standing by in a matching crystal bowl.

Are then even any good? I mean they have to be, right? Still, they have a lot of nerve calling them the most expensive French fries, because I’m selling a single McDonald’s fry I found between my car seat and armrest for $400. “But does it look like the Virgin Mary?” It does if you have the most amazing imagination ever, in which case now it’s $600. 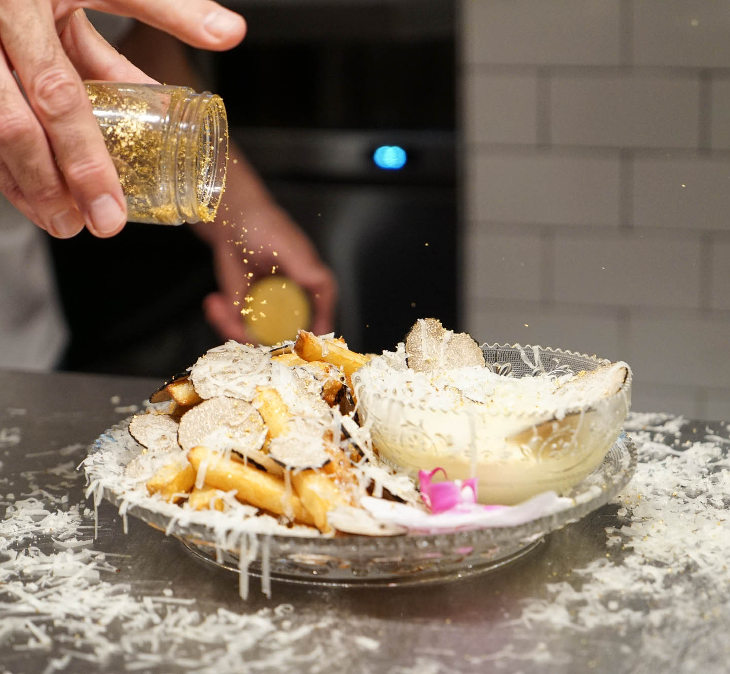 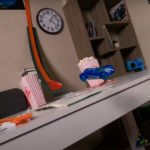 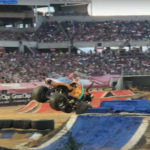