Oh heck no, this guy again?
There Can Be Only One: Baby Goat Tries To Fight Self In Mirror 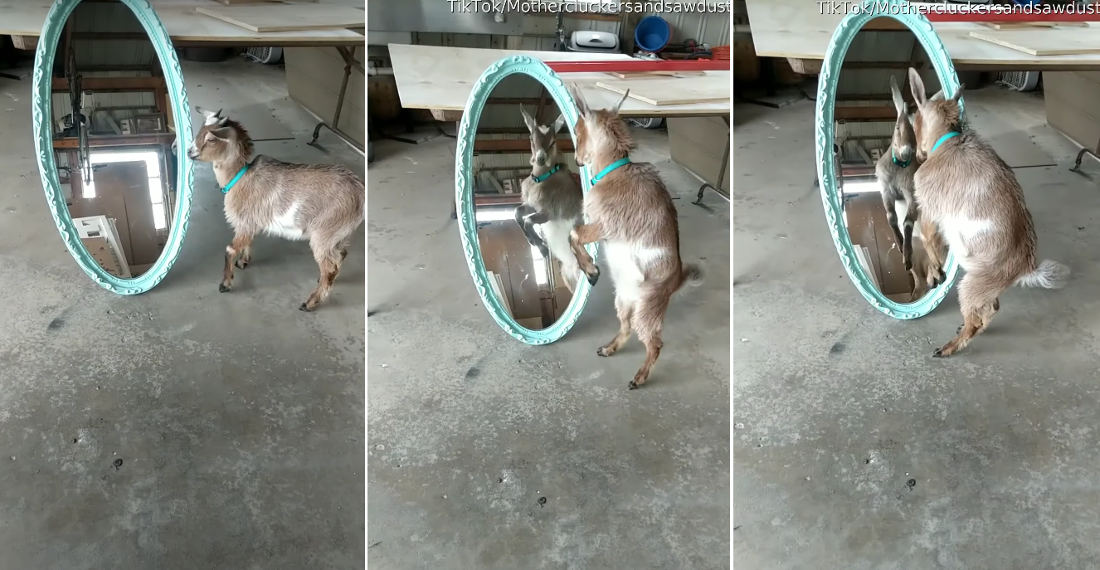 This is a short, sweet video of Spook the baby goat attempting to do battle with himself in a mirror. Some lengthy backstory while I add ice to and chug a whole pot of coffee then poop my pants to get this week started horribly:

“The goat in the video is my newest baby to my mini-farm. He was bought at an auction and it was very clear that he did not have much human interaction, as he was very skittish with me and the rest of my family. Prior to the day of this video, I still had not named him, as I wanted to see his full personality once he finally warmed up to me. On the day of this video, he and his brother got out of their fence and came to find me in my workshop. This is when he saw himself in the mirror. He was very confused as to who this other ‘guy’ in the mirror was, and had to check it out. As you can see, he even walked around the backside of the mirror looking for the other dude. When he couldn’t find him, he came back to the mirror and finally found him. This is when he decided that it was time to play, or maybe beat this guy up. That’s when he started to rear up on his back legs and headbutt the mirror, or the other guy. He continued to do this for the remainder of the video and even after the video cut off. I actually had to put the mirror up because this is all he wanted to do and I didn’t want him to break the mirror and get injured. On this day, after this video, I decided to name this little guy ‘Spook.’ It is quite fitting for his personality and this video just goes right with it.”

Haha, what a nerd. Speaking of — look at this idiot here. “That’s you in the mirror.” I hate him. “But it’s you.” Listen if you’re not gonna punch him then I will. 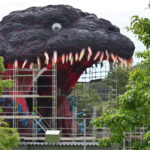 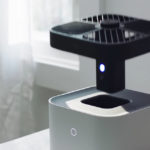