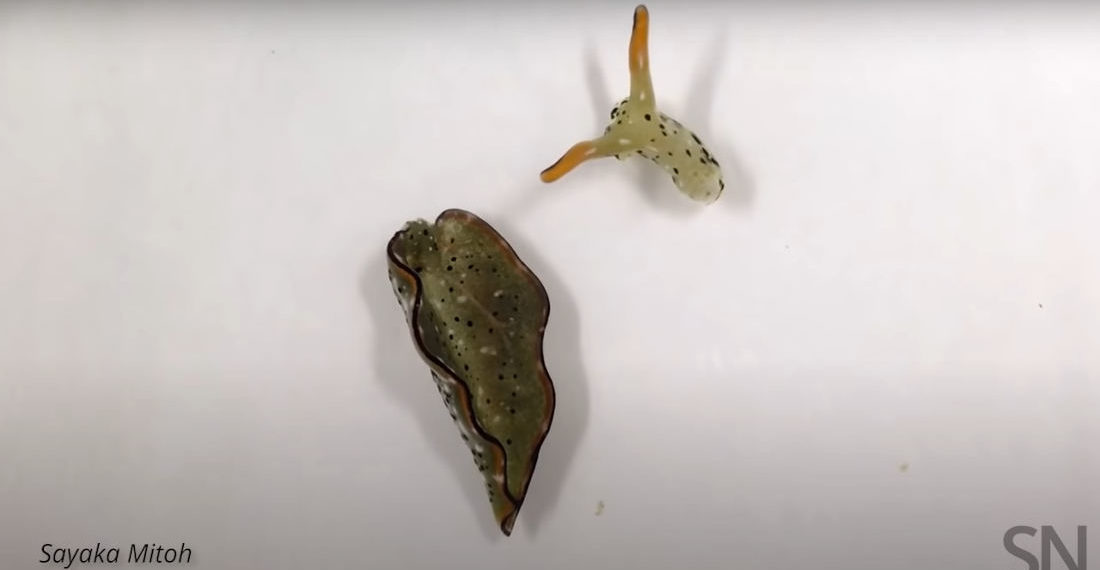 In a clear case of Mother Nature needing to pump the damn brakes, this is a video of a sea slug head crawling around after recent self-decapitation to rid itself of parasites in the rest of its body. The head will eventually grow an all new body. Aliens: they are among us.

Researcher Sayaka] Mitoh first noticed the sea slugs’ extreme regeneration by chance in some Elysia slugs in the lab. “We were really surprised to see the head crawling,” [Mitoh’s colleague Yoichi] Yusa says[…]

On close inspection, the researchers found that sea slugs have a slight groove looped on the back of the head region that seems to work as a break-here zone. The bodies left behind can still move on their own for days or even months. An abandoned body, however, doesn’t regrow its head. The leaf-shaped remnant instead turns pale and weak and eventually dies.

Talk about freaky-deaky. When I opened my laptop this morning I never would have dreamed I’d see a disembodied sea slug head crawling around waiting to regenerate an all new body, yet here we are. Did I like things better before? Yes, especially the part when I was still warm in bed. 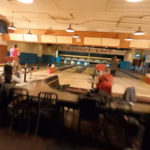 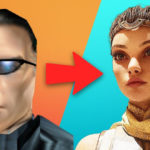