And just what he hell are you?
Diver Discovers Transparent Fish-Like Creature 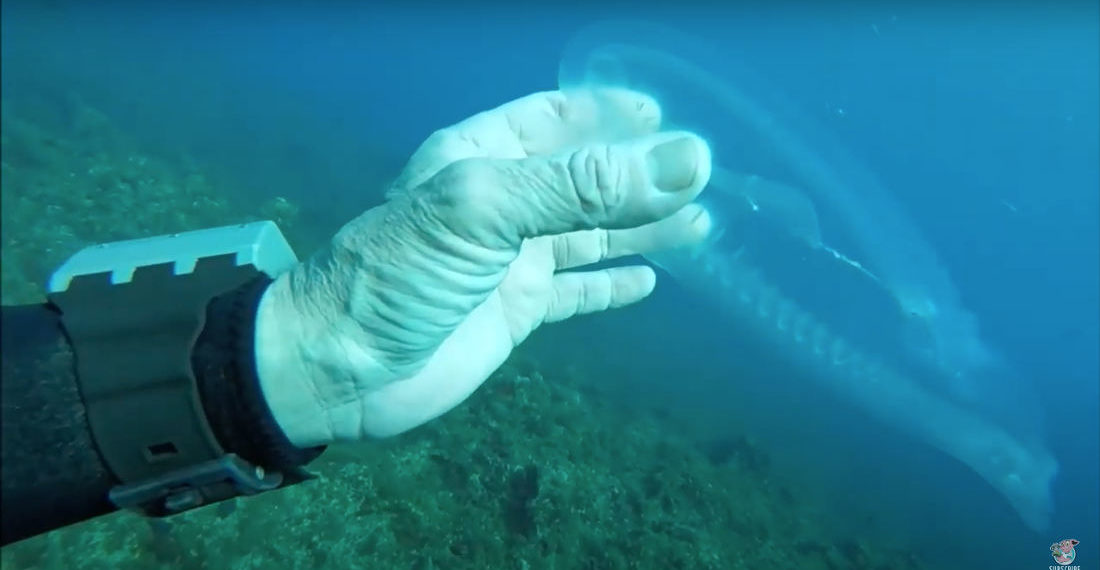 Since under the sea never fails to deliver the freaky deaky, this is a video from a diver exploring the waters off Gozo, Malta, who happened to swim across this transparent fish-like creature. In the diver’s own words while I call Ariel pretending to be King Triton, who got hit in the head with a Jet-Ski and has forgotten the secret location of Atlantis:

“I came across this species whilst diving in the Maltese Waters of which I have been diving in for the past 40 years. Never have I ever come across this marine creature and in the video, you could see that I was a little bit hesitant prior to approaching it. It was found last Summer and I have received several comments regarding its existence as many like myself never came across it while scuba-diving. If I had to describe its physical completion that would be a form of dolphin-like-jellyfish which was very soft to touch and one could also admire its internal organs and spine.”

After some very intense internet sleuthing (I Googled ‘transparent fish’ once), I determined this creature is almost certainly a Salpa maggiore (links to Google image results), a species of planktic tunicate (links to Wikipedia). See? Now that wasn’t so hard, was it? I mean Google exists for a reason, you know. And not just for finding adult material, but mostly. 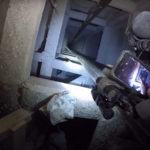 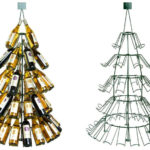