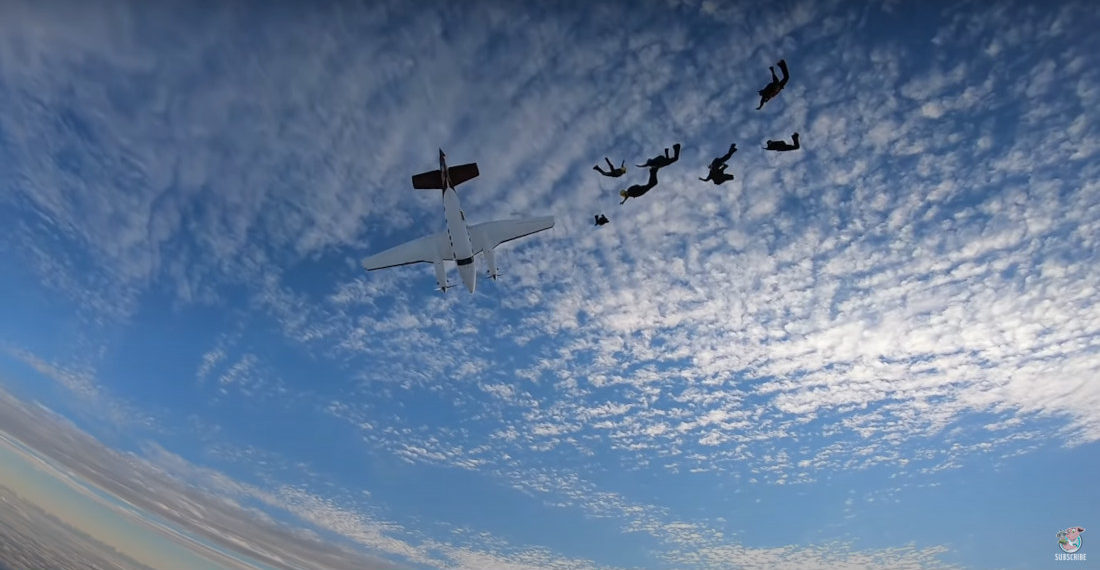 In I just crossed skydiving off my bucket list without ever going news, this is a video from Mossel Bay, South Africa of a skydiving plane stalling and free falling during the jump. Some detailed information about the incident while I piss my own pants for everyone involved:

The Beechcraft C90 King Air was trimmed up for the exit procedure at an altitude of 16000’ AGL for the second load of a planned 20x jump event. We opened the door and began the climb out. As is normal, the skydive team was fully focused on achieving correct positioning and exit timing. This intense focus on task resulted in many of the skydivers missing the tell-tale signs of an imminent stall. From the videographer exit position (outside, most tail-ward end of the jumper line) I felt the plane ‘slip’ once and then twice after which I knew something was wrong and decided to let go of the now banking aircraft. This all happened inside of just a few seconds. Those on the outside of the door and immediately inside of the door followed. With 9 of us initially in the sky, there were still 5 skydivers inside of the aircraft. The moment was surreal and I could not believe what I was seeing. Everything happened in slow-motion and I remember thinking ‘am I really seeing the plane spinning nose down next to us’. After the spin, the aircraft started to veer underneath us but luckily did not make contact. As the aircraft started to recover from the stall (still unstable) one further skydiver exited, leaving 4 skydivers and the pilot in the aircraft. After I was satisfied that the aircraft had recovered (it is a fascinating and unusual thing to see your jump aircraft below you in freefall), I searched the sky for my team and found them building the pre-planned formations in a safe and normal manner. The aircraft returned and landed safely on the runway.

Whew, nobody was hit and the plane was able to recover and land safely. That is a RELIEF, like taking your shoes and socks off after a long day’s work so you can finally relax for the evening. You know, except way more serious and with lives at risk. Besides that though, very similar. Hey when’s dinner gonna be ready anyways? *microwave dings* There it is.

Keep going for the video, but skip to 1:20 for the main event. 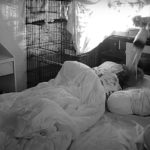 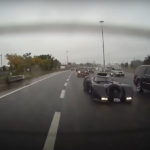