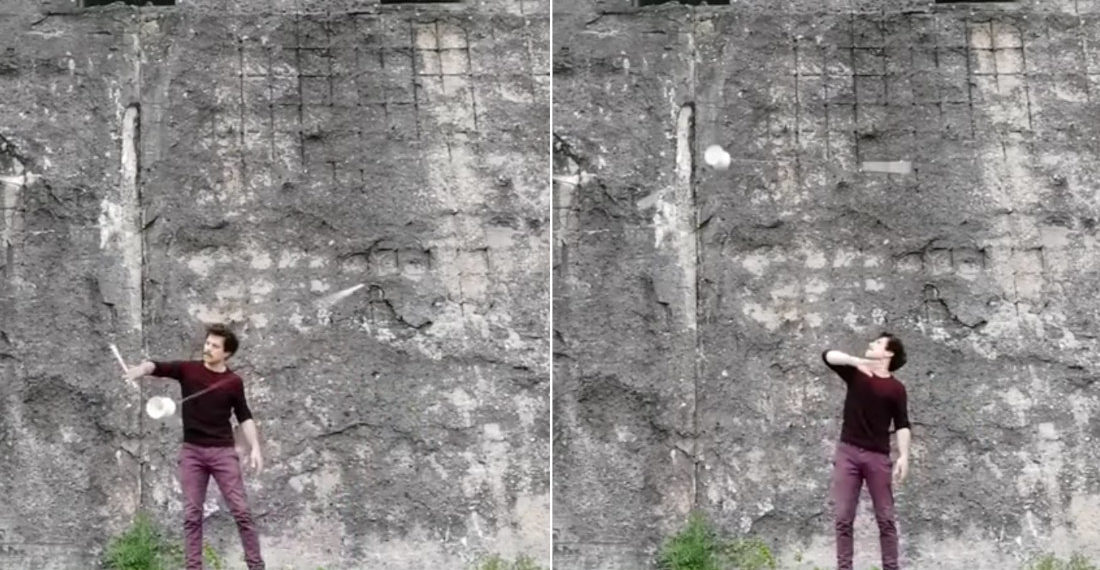 This is a man showing off for the camera with a very impressive predominately one-handed diabolo routine. For those of you unfamiliar with the diabolo, it consists of an unattached circular axle that a user spins and manipulates via a string stretched between two poles (it maintains its balance via spinning like a yo-yo). Of course watching this video it’s almost hard to believe the axle isn’t attached to the string — that’s just how good this guy is. Me? I played with a diabolo once and the axle immediately rolled off and into a storm sewer, never to be seen again. “You mean THIS axle?” Michelangelo! “It came rolling along and hit me when April and I were making out.” Why you old dog you! “But Master Splinter said I was a turtle.” You know you’ve really gotta stop smoking so much weed, bro. 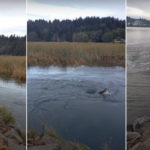 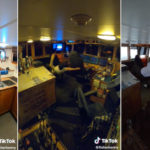