Oh man when you see the ladder come out you know this wrestlin' is about to get real.
WTF Was That?: Wrestling Commercial For Ultra-Collapsable Ladder 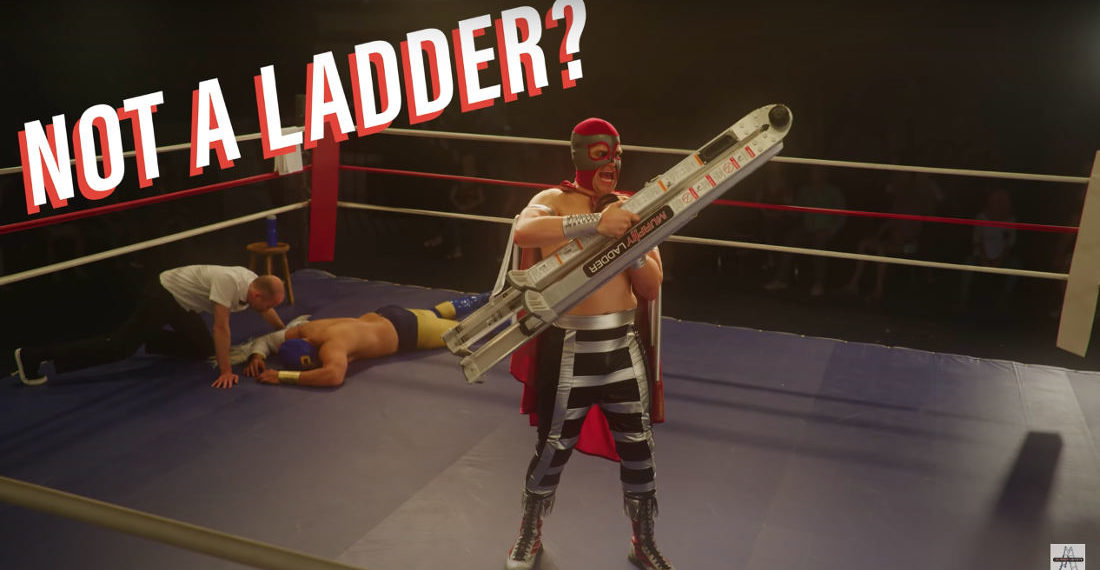 This is a commercial for the Murphy Ladder (~$130 – $225 at Home Depot). It’s a ladder that folds in half lengthwise, but then can also collapse the ladder’s horizontal rungs for ULTRA PORTABILITY. I called it a commercial but it’s three and half minutes which means it has less in common with something you’d watch between reruns on HGTV and more with something that would be nominated for an Oscar and win. Maybe I’m exaggerating. Maybe I’m not though. Honestly, I just moved into a new place and bought a ladder less than a month ago and now I am experiencing what they call BUYER’S REMORSE. Do you know what that is? “Does it involve crying in the shower?” Among other things, including, but not just limited to, a wheelchair while my legs heal.

Thanks to Dougie, who agrees you’ll never need a ladder if you can just befriend one giraffe. 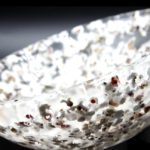 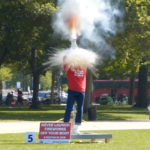