This is Cinnamon Toast Crunch Cinnadust seasoning blend, a proprietary blend of the Colonel’s eleven secret herbs and spices that’s allegedly the same crack cocaine they top the cereal with, except now you can liberally add the seasoning to your own ice cream and cookies without spending countless nights in an underground laboratory trying to chemically separate the dust from the cereal flakes. I’m pretty sure it’s cinnamon and fine-grain sugar. Cinnadust will be available exclusively at Sam’s Club starting the beginning of September, and if anybody belongs to Sam’s Club and wants to buy me a bottle, I will repay you by snorting a whole tablespoon and running through the wall of your choice like the Kool-Aid Man. 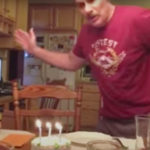 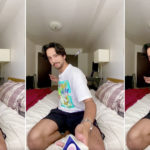