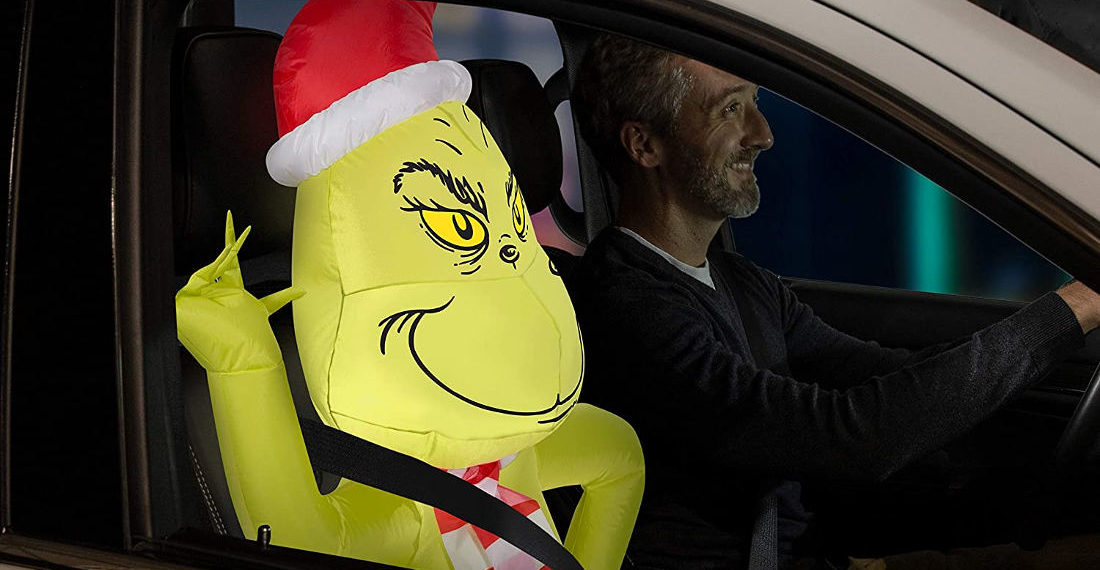 Because who doesn’t want to use the carpool lane when they’re driving alone (but things look so much faster over there!), this is the inflatable Grinch Car Buddy with Scarf from Gemmy. He costs $42 on Amazon and buckles into a car seat so you have somebody to talk to when you’re going wherever you’re going all alone because it’s a sad lonely world out there and I could use a hug. Just FYI though, while the Grinch does have a weighted base he does not have legs, so if you’re planning on dancing with him (no funny business!) you will have to hold him up. My girlfriend just saw me writing this over my shoulder and told me with the Grinch’s heart and mine combined we’re still six sizes too small, and I told her but the Grinch’s heart was only two sizes too small and that’s when she winked and crushed my soul, the end. 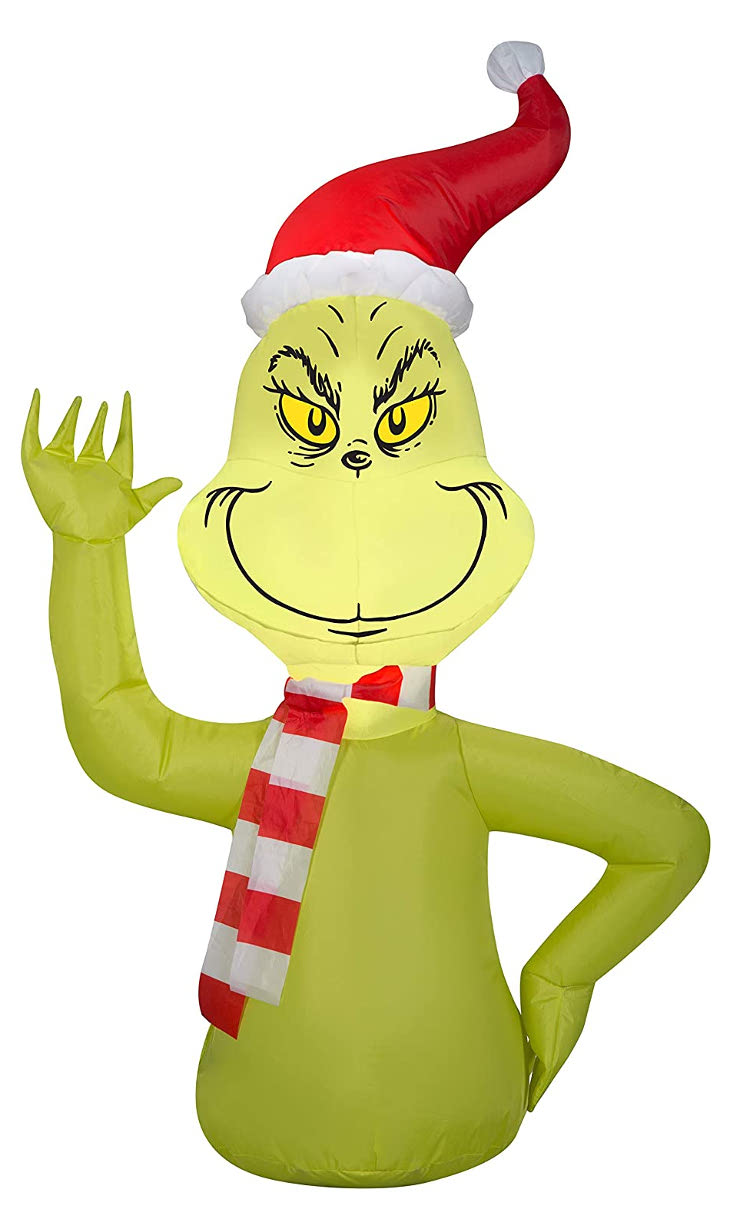 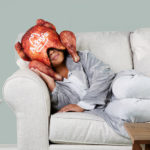 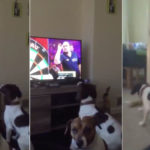