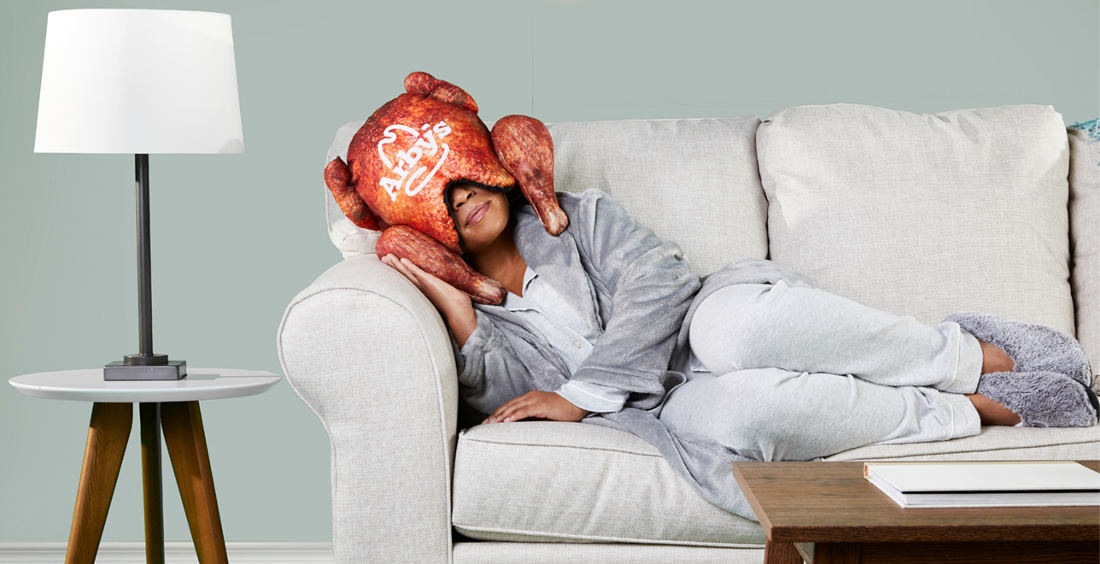 To promote it’s deep fried turkey sandwiches, Arby has released this limited edition Deep Fried Turkey Pillow, a $60 helmet pillow in the shape of a turkey that you can stick your head up the rear of to nap. Me? I don’t need a pillow to nap, I can fall asl– zzzzzzzzz. *wakes up startled* They should have made it smell like turkey too. And have an interior made of actual dressing. But enough about me being a marketing genius, they’re already sold out and the only way to get one is to enter a contest (and join their mailing list), although I suspect they were never actually on sale to begin with, and the only way to EVER get one was to enter their stupid contest. But maybe that’s just the conspiracy theorist in me talking. The moon doesn’t even exist, it’s just a powerful spotlight. That might be too.

Keep going for several more shots and a commercial. 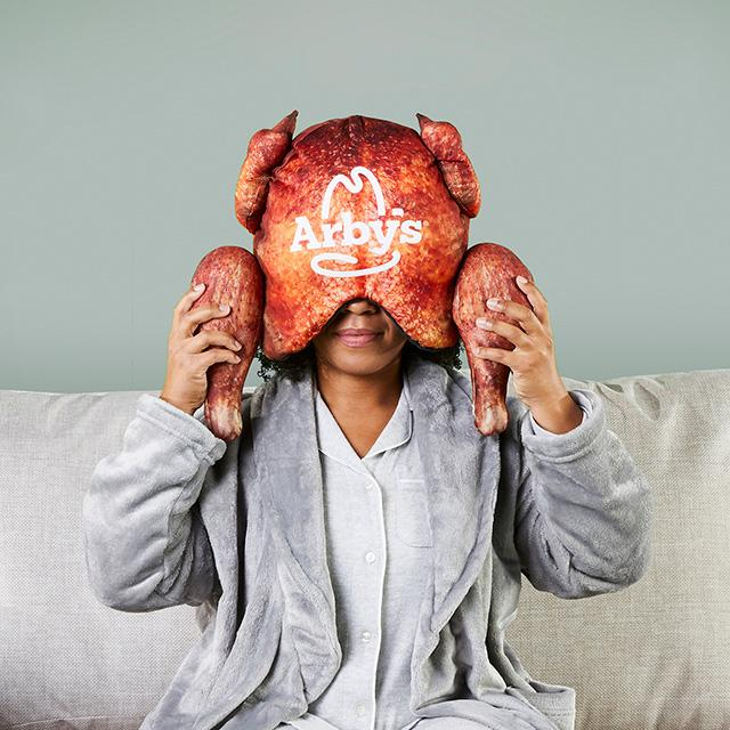 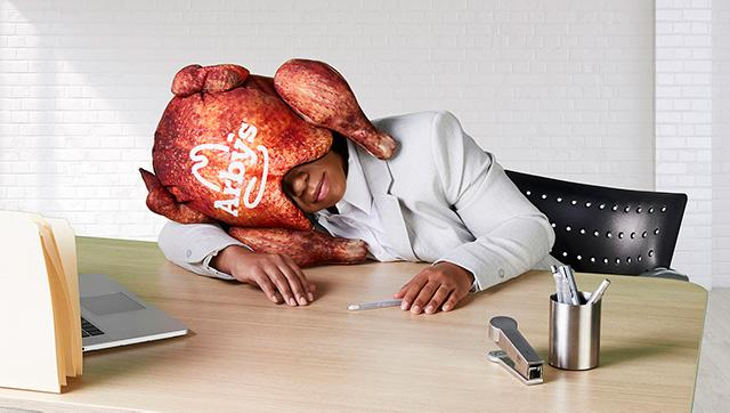 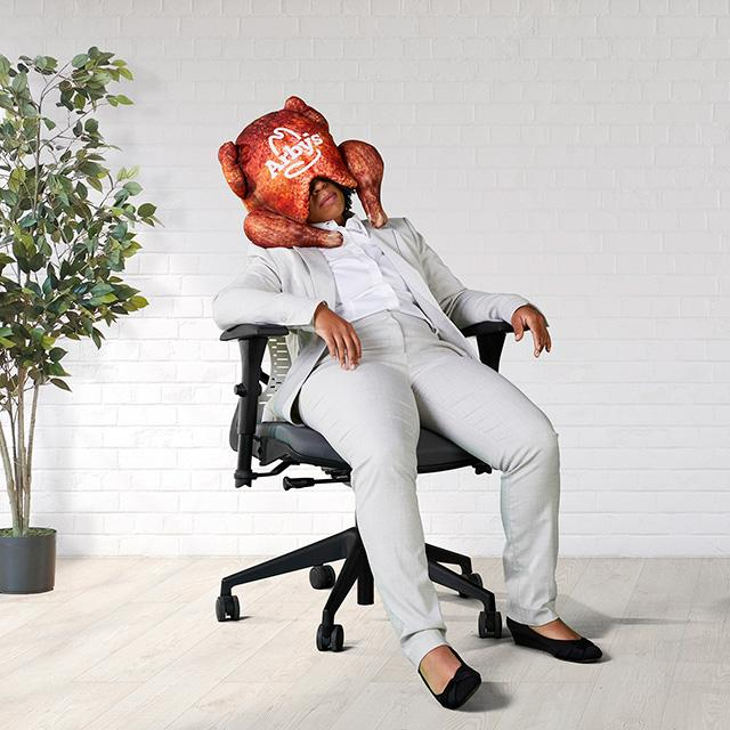 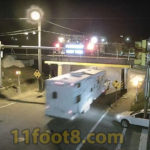 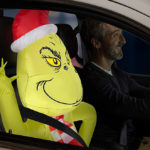