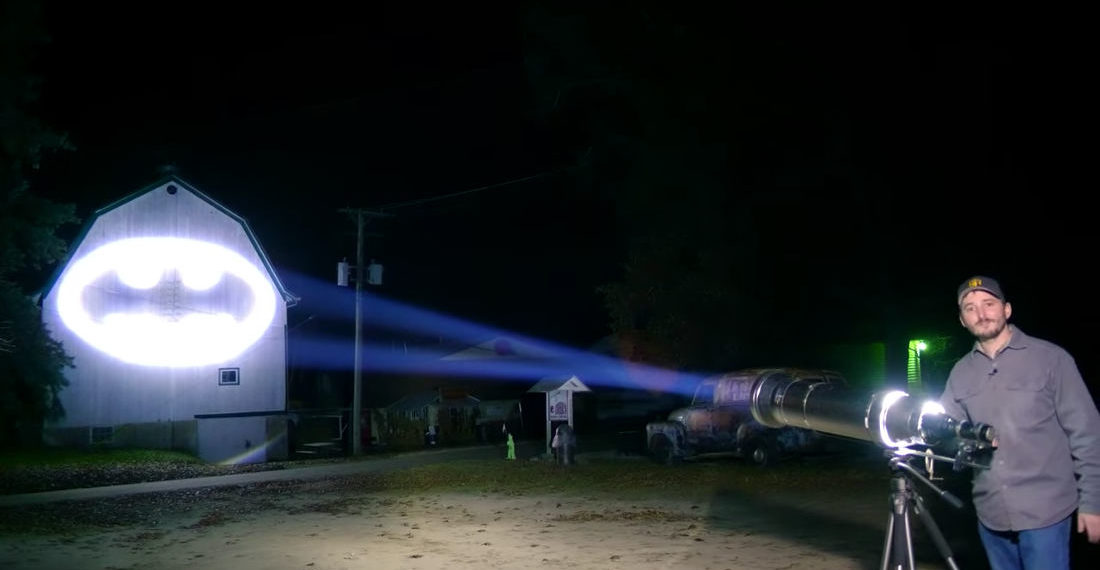 Batman: he was born in a time before cell phones and only answers to a giant bat-shaped light signal in the sky. He’s oldschool. And this is a video of Ron Swanson voiced Youtuber NightHawkInLight building a real-life Bat-Signal out of a 100,000 lumen IMALENT MS18 flashlight and a large fresnel lens, presumably to call Batman to tell him to get Lucius Fox on developing a cure for the coronavirus. Unfortunately for anybody interested in making something similar, the flashlight alone costs $670 and NightHawkInLight was sent one for free for the purpose of making this video, so we’re much better off financially just stealing an actual spotlight from a movie premier. “What’s a movie premier?” Something they used to organize back in 2019. “So we’ll have to build a time machine first.” You know the budget for this Bag-Signal project is really starting to spiral out of hand quickly. “Let’s just pretend it never happened.” I already slammed two mind erasers. 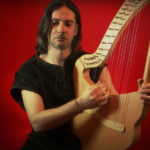 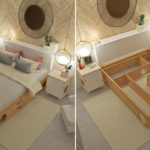