But where am I supposed to put my bell?!
Hands-Free Bike With No Handlebars, Front Wheel 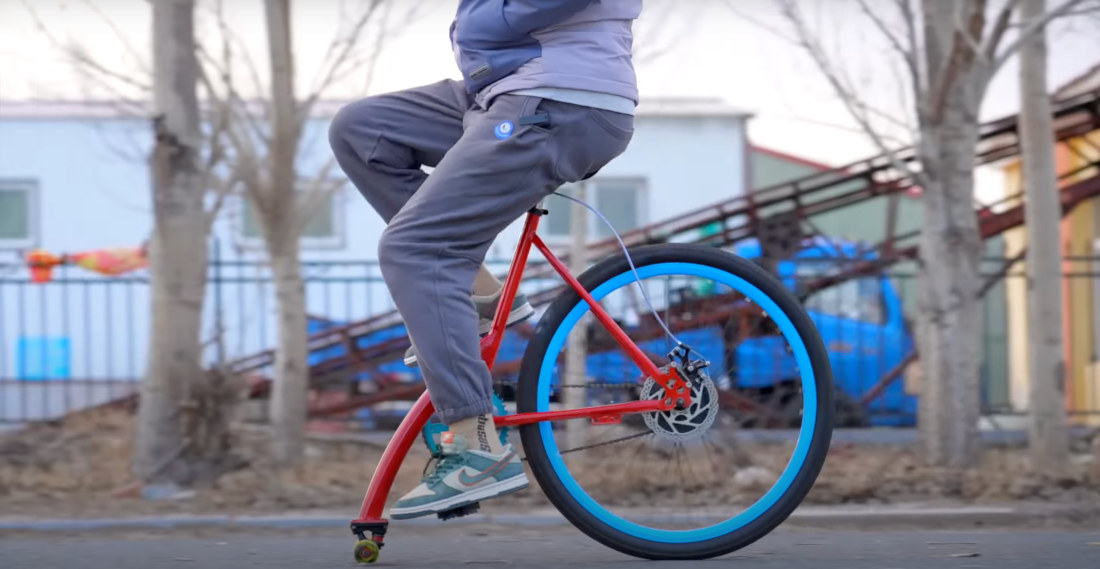 Modded by Youtuber BigWR, this bicycle (I don’t think it’s actually a bicycle anymore, it looks like a unicycle with training wheels) ditches the handlebars and front wheel, replacing them with two tiny skateboard wheels instead. I like how he rides with his hands in his pockets so he’ll have to catch himself with his head if he falls — that’s hardcore. Steering is accomplished by leaning, and there’s a brake right below the seat in the event you start going too fast. Personally, I feel like any speed on this bike is too fast, and I wouldn’t be caught dead on it. No, I’ll likely be caught dead on the pavement beside it, probably under a truck. 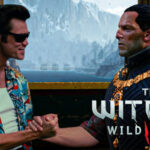 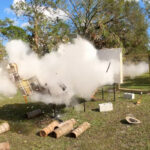