"You okay down there?!"
That Is Unfortunate: Finnish Cross-Country Skier Suffers Frozen Penis During Olympics

In news that just made my own penis want to pack up its balls and move south, Finnish skier Remi Lindholm suffered a frozen unit during the Beijing Winter Olympics men’s 50k cross-country event, which had already been reduced to 30k due to extreme temperatures and high winds. Apparently this is the second time Remi has had his most valued ski pole freeze during a race, which also happened last year during an event in Ruka, Finland. I don’t know, Remi, maybe your penis is trying to tell you something. Something like, “Why can’t we compete in sipping cocoa by a fire instead?”

“You can guess which body part was a little bit frozen when I finished. … It was one of the worst competitions I’ve been in. It was just about battling through,” Lindholm told Finnish media, per the wire service.

Lindholm’s dilemma was prolonged in the extreme cold and wind. He finished 28th in the 50-kilometer mass start race, which was shortened to 30 km due to the weather.

He applied a heat pack to his groin afterward but “when the body parts started to warm up after the finish, the pain was unbearable,” he added, per Reuters.

Wait — a frozen penis AND you finished in 28th place? I think I speak for everyone here when I say that was not worth it. You didn’t even take home a gold medal, you took home a blue rod. If I were you I’d start training for beach volleyball instead. Of course knowing your luck it’s only a matter of time until your penis is eaten by a shark.

Thanks to JustA, who doesn’t even like it if I touch her with cold hand after walking the dogs in the winter. 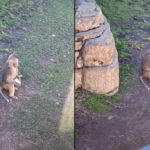 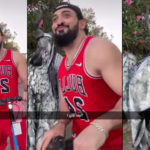