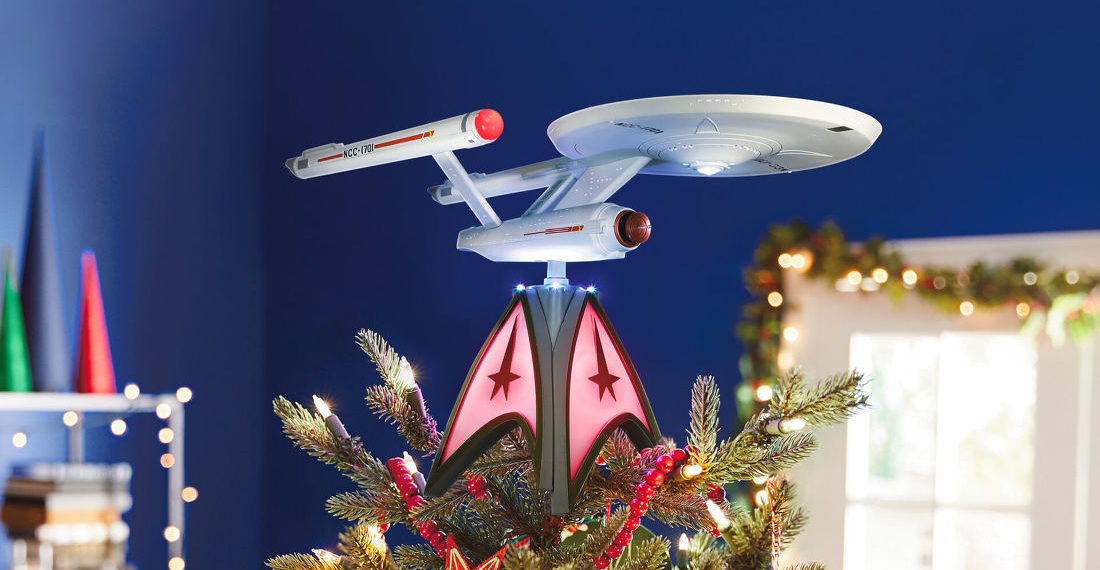 Because nothing quite captures the spirit of Christmas like Star Trek, this is the Star Trek U.S.S. Enterprise Musical Tree Topper With Light. And apparently Trekkies have developed future farming tech capable of growing actual money trees to fruition, because this tree topper costs $150. A cost that, admittedly, made me spit-take my Tang (I’m training to be a real astronaut) when I read it. “Tang? That smells like a screwdriver.” Hey — astronauts need to relax too. The topper was made by Christmas ornament giant Hallmark, and is available wherever Hallmark ornaments are sold, including their own online store and Amazon. Some details about the product while I remind myself of the true meaning of Christmas over a glass of spiked eggnog because space rangers aren’t afraid to mix drinks:

Plug it into the included power adapter for constant illumination, then press the button—either on the included Starfleet insignia remote control or on the top of the tree topper—to start a sound and light show featuring the music of “Theme from Star Trek.” Connect one or more Star Trek Storytellers ornaments—Captain James T. Kirk, Lieutenant Hikaru Sulu and Lieutenant Nyota Uhura (each sold separately)—to unlock additional performances that you can’t access with the ornaments alone!

So they want you to pay $150 for a tree topper, then $35 apiece for the Captain Kirk, Lieutenant Sulu and Lieutenant Uhura ornaments to unlock special light and sound performances. That’s *opens calculator app, realizes I can just add the numbers in my head, closes calculator app, realizes I actually can’t, reopens calculator app* $255! You know this is starting to be a very expensive tree to decorate! My tree topper? A crew sock that got a hole in it so I drew an angel face and wings on it. And ornaments? There aren’t any, just strings of popcorn that my dogs are always trying to eat and constantly pulling the tree over in the process. But would I trade it for anything in the world? Absolutely, and literally anything.

Keep going for a full shot including the three add-on character ornaments, and a gif of the lights doing their thing. 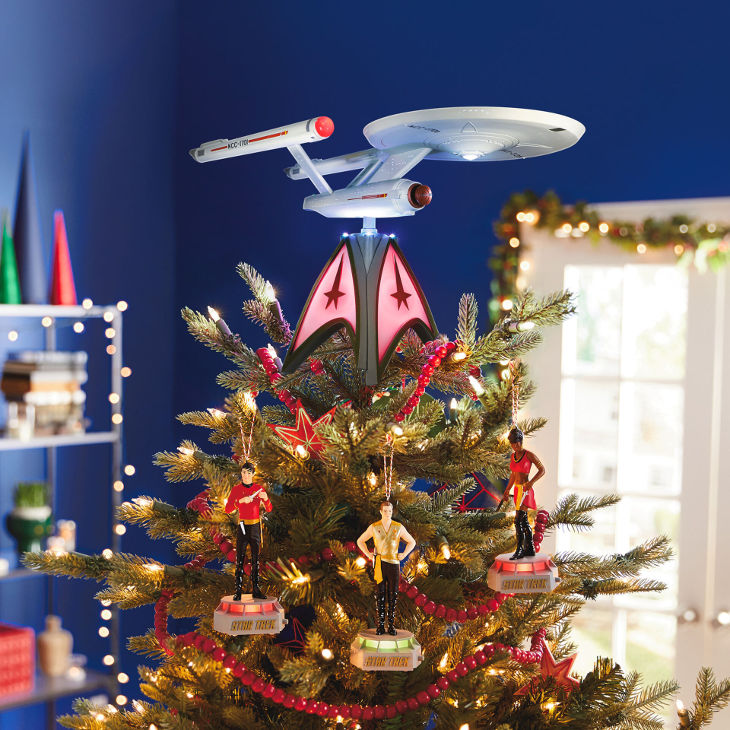 Thanks to Alexandra, who agrees $150 is just like a single branch on a money tree. 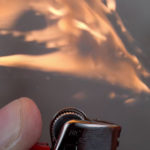 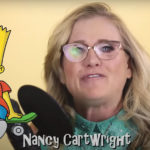