What the -- who said that?!
Girl Demonstrates Clever Delayed Voice Trick

This is a video of Gracie Scullion demonstrating a very clever delayed/lagging voice trick that basically involves mouthing the words you’re going to say, then saying them a moment later ventriloquist style. She recommends starting with words that don’t involve your lips needing to touch in order to pronounce, so things like “Hi,” “Hey” and “Cool” are good jump-off point. Obviously, I’m gonna be doing this for the rest of the day and freaking everybody out. Oooooor just annoying my girlfriend, aka “the usual.” 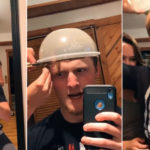 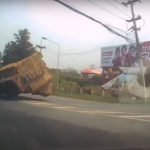