This is a weird commercial for limited edition green onion flavored Chex, which will be available in South Korea 16 years after it was actually supposed to be, back in 2004. There’s a story here! Everyone help yourself to a big scoop of my homemade Chex Mix and let’s hear it. “This is cat food.” That is the ORIGINAL Chex Mix:

In 2004, the Kellogg’s Corporation in Korea decided to hold a promotional contest where people could vote for the new “President of Chex.” As The Takeout explains:

The two candidates were the delicious chocolate “Chekkie,” and the hideously green “Chaka.” Chekkie promised that if they won, they would find a way to add even more chocolate to Chocolate Chex, while Chaka promised to imbue the cereal with stinky green onions. One thing the adults at Kellogg’s were sure of was that kids hate, hate, hate green onions, so Chaka would be an easy fall guy, Chekkie would emerge victorious, and Korean customers would be so excited about Chocolate Chex that they’d purchase millions of boxes. What Kellogg’s forgot is that the internet is full of folks hellbent on ruining everything.

Kellogg’s tried to the rig the election in Chekkie’s favor. But it was too late; the damage was done.

Hoho, never try to out-internet the internet — that’s the lesson here. Even in 2004 you couldn’t rig what you thought would be a landslide online Chex flavor contest. Remember those green and purple colored ketchups? That shit was nasty. “That wasn’t an online contest. DAMMIT *banging fist on table* I SAID IT WAS NASTY. 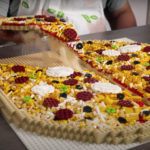 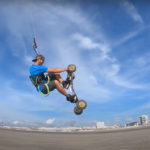