Because the endtimes are upon us, this is a video from the Kamchatka Peninsula in eastern Russia of millions of male mosquitos swarming in a ‘tornado’ in an attempt to mate with females, and darkening the sky in the process. Some more info while I phantom itch just thinking about all those mosquitos:

‘These are male mosquitoes swarming around one of several females in order to mate – there is nothing wrong with this,’ said entomologist Lyudmila Lobkova. The swarming males mosquitoes ‘do not attack humans’, she said. Locals say they are used to such swarms but they are worse this year. 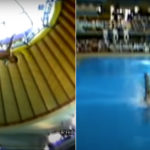 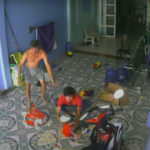