I think you just invented a new trick!
Skateboarder Smoothly Picks Up Kid He’s About To Run Into, Returns To Own Board 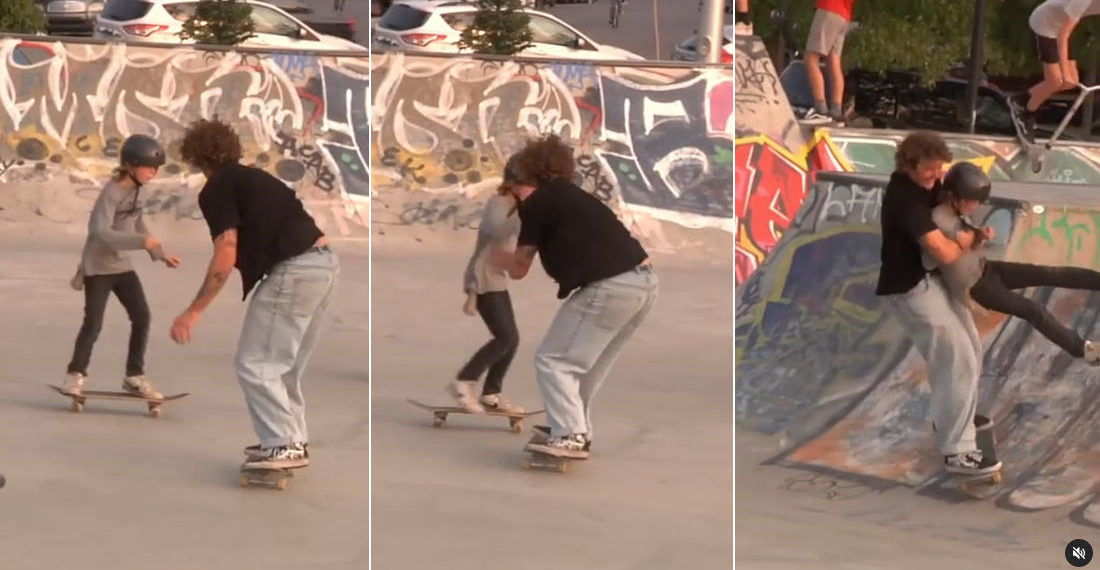 This is a short video of pro skater Marc-André Séguin about to run down a kid after landing a reverse boardslide but quickly picking him up instead, turning around on a ramp, then returning him back to his own board. Smooth as silk. Some more info:

Professional skater Marc-André Séguin realized he had to make a last second decision in the skate park. His actions might have saved this kid’s life.

‘His actions may have saved this kid’s life?’ That sounds a bit extreme, doesn’t it? I mean the kid IS wearing a safety helmet, and Marc-André isn’t a train. Sure, without his intervention the kid could have skated straight into the street or a volcano, but I don’t think running into him is going to deplete his entire HP bar. 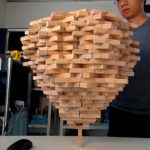 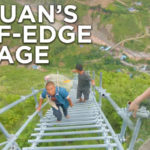