Get 'em, Adam!
Amazing Edit Of The New Batman Movie Reimagined With Adam West As The Star

This is an impressively high production value edit by Corridor Digital of a trailer for Matt Reeves’ ‘The Batman’ with Adam West replacing Robert Pattinson’s role as the titular superhero. They also replaced Paul Dano’s Riddler with actor Frank Gorshin and Colin Farrell’s Penguin with Burgess Meredith.” Unlike any of my friends’ bands, it’s actually worth seeing. I mean they really spent some time and effort on this, even incorporating the old Batmobile, Batcopter, and a healthy dose of PAP!! ZOC!! POWs!! I give it two bat ears up — way up, like the ones on Michael Keaton’s 1989 Batman costume. I was originally going to give it two hard bat nipples up like the ones on George Clooney’s Batman & Robin batsuit, but I care about the environment and couldn’t live with myself knowing I was responsible for all the wasted water from the cold showers you’d have to take. 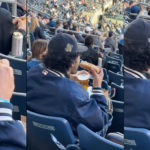 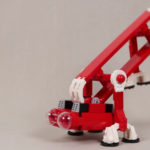