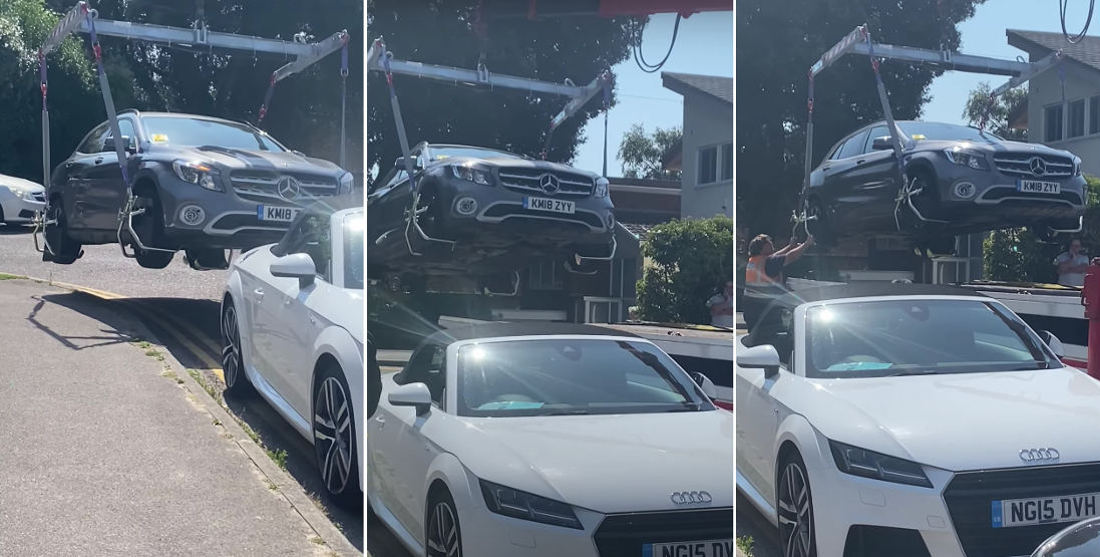 This is a video from nearby the beach in Poole, Dorset, UK, where a Mercedes is being crane lifted from its illegal parking spot by a tow truck. In the videographer’s own words while I go make sure the empty parking ticket envelope I put on my windshield is still there so the man doesn’t try to give me a real ticket:

“Any hot day results in people flocking to the coast of Sandbanks Beach Poole Dorset. Some drivers park their cars on double yellow lines and on corners like in my video. They are more than happy to pay the £35 parking fine which is normally applied. The BCP council decided to get tougher and threatened to tow vehicles away that were causing disruption by being parked selfishly. I went to the beach very early Friday 31/7/20 and left around lunchtime. The cars were queuing to try and park and the Mercedes was parked on a corner on double yellow lines. The tow truck pulled up and towed it away! I was in the right place at the right time to catch it on film.”

I was completely unaware of the crane-lifting tow truck technique. They don’t use those around these parts. The only thing that could have made this video better is if the car’s owner had returned in time to get in the vehicle and start yelling so the tow truck operator could pretend he’d just picked up an angry little shithead and his car playing a giant arcade crane game. 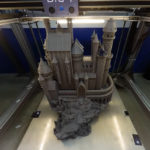 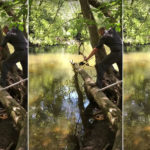