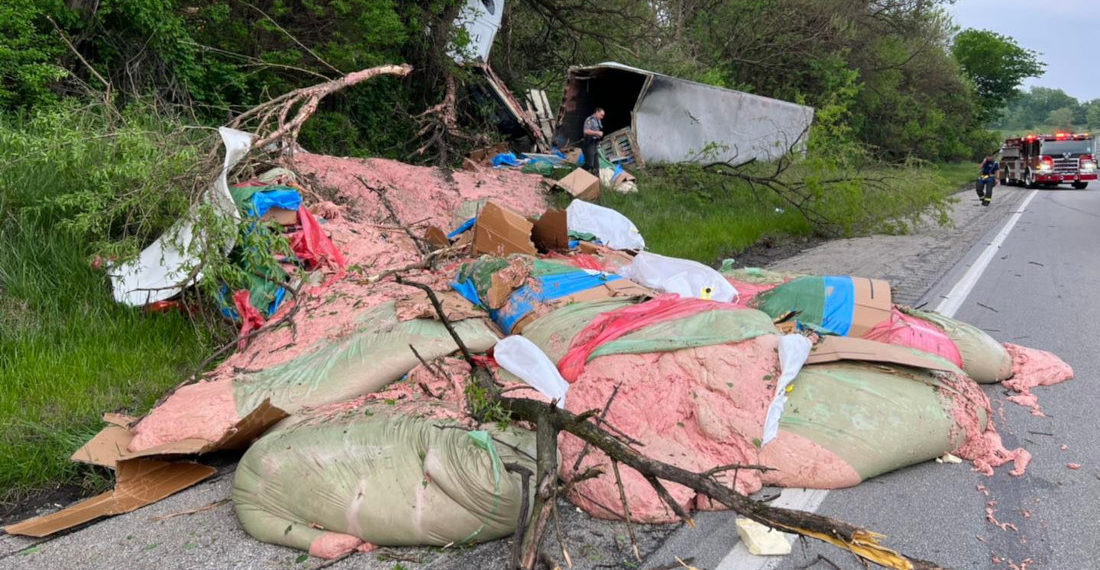 Presumably explaining why Memorial Day weekend hotdog prices were through the roof (or the back of a trailer), a recent 18-wheeler crash on I-70 in Westmoreland County, Pennsylvania spilled some 15,000 pounds of hot dog filling on the side of the road. Just look at it — so many @ssholes and elbows right there. Details at 11! Just kidding, details right now:

State police say both the driver and the passenger suffered minor injuries.

The Rostraver Central Fire Department, which posted photos of the mess on Facebook, said the two occupants were treated at the scene by medics.

“The roadway was then cleared of all hot dog debris,” state police said.

Did you know that during the time between Memorial Day and Labor Day an average of 818 hot dogs are eaten EVERY SECOND, for a total of 7 BILLION! That’s insane. But, if you were wondering who’s eating all those hot dogs for breakfast to keep the average so high, you’re looking at him. Nothing like a cold wiener first thing in the morning to get the day started.

Keep going for a couple more shots of the pink sludge party. 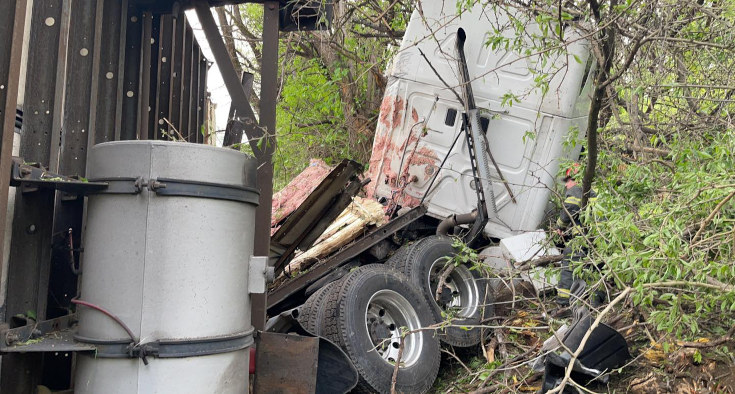 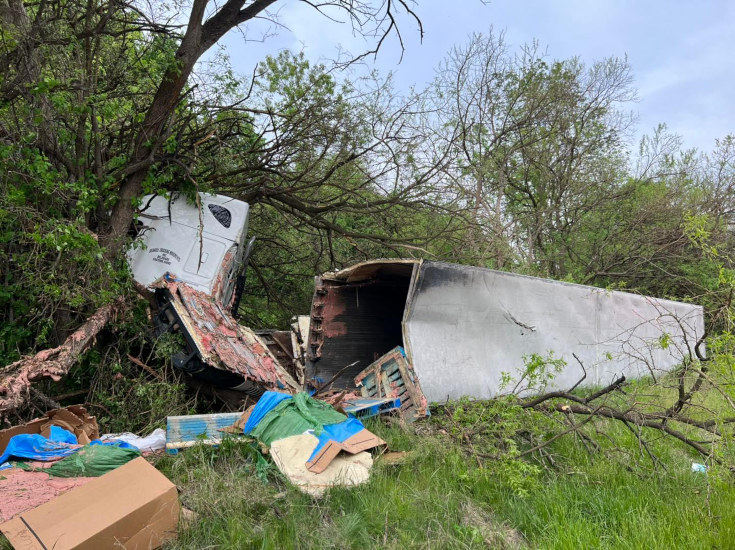 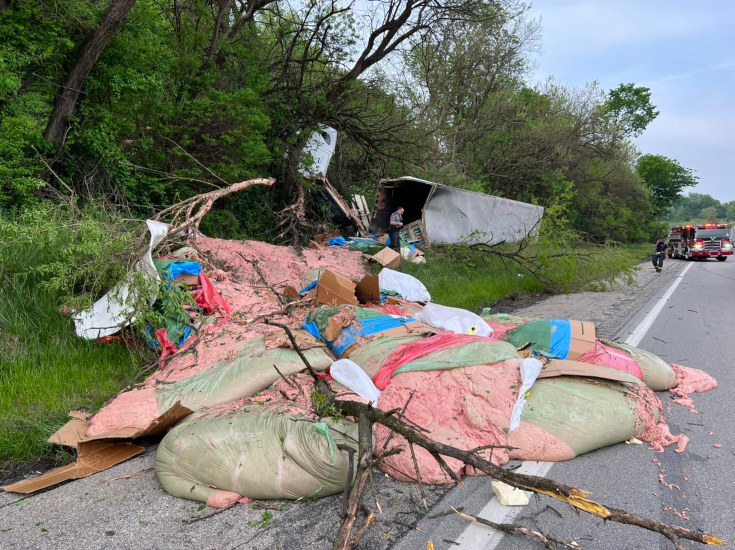 Thanks to Ashley S, who agrees the Memorial Day barbecue that truck was headed to was clearly ruined. 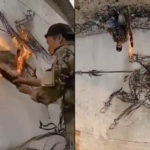 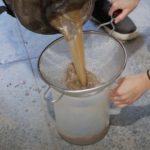