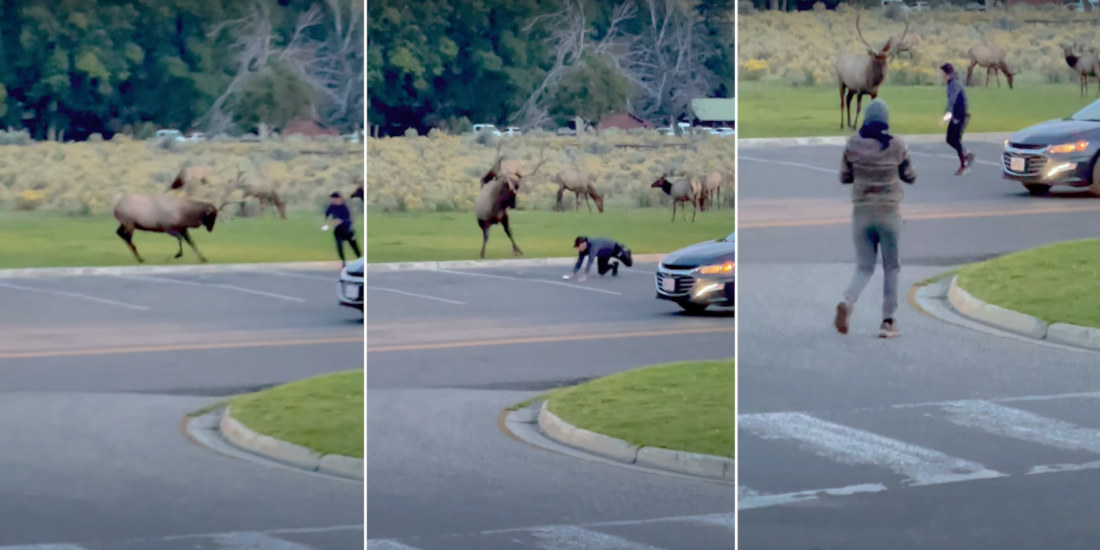 Because you’re a tough dude and you totally rule nature, this is a clip of a man getting charged by a bull elk in Yellowstone National Park because he got too close trying to take a video. I like how he looks back at the giant elk like the elk is the lucky one and he didn’t almost require emergency surgery to have 4+ feet of antler removed from his new anuses. Per the person filming: ‘No matter how much information is supplied from the National Park Service, idiots still think they know better. Never come between a bull elk and his cows.’ Words of wisdom. Same goes for coming between me and the television when I’m playing video games. Just ask my ex-roommate. “He set me on fire!” Should have read the lease. 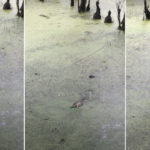 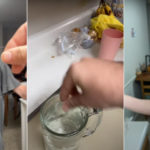