This is a short video of a poor decision making Texas woman who tried to bake a pizza (I know, even that’s too hard for some people) and accidentally set the oven to self-clean mode, at which point the oven door locked and it heated up to 800°F (~427°C). She then called the fire department. In her own words while I try to keep my cool, even though it’s hard:

I intended on making a Quest pizza in the oven but instead of hitting the start button I hit the self-clean button. This locked the oven and heated it up over 800 degrees. In the meantime, while my pizza was burning and the oven was smoking, the fire department came and I ordered Pizza Hut. I guess you really can’t “out pizza the hut”.

So the oven door locked and that was it for her. No trying to turn it off or Googling how to reset an oven. You know that’s an electric stove, right? You know where the power comes from for an electric stove? SPOILER: A plug in the back. There’s also a thing called a breaker box. But no, let’s TikTok the whole ordeal, waste emergency services and call Pizza Hut instead. Honestly, the only good decision made here was ordering Pizza Hut, which she should have done in the first place. *tabulating score* I give her $0/her total security deposit and she isn’t allowed to have an oven, hot plate, or microwave in her next apartment. 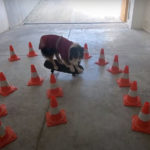 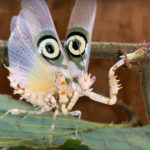