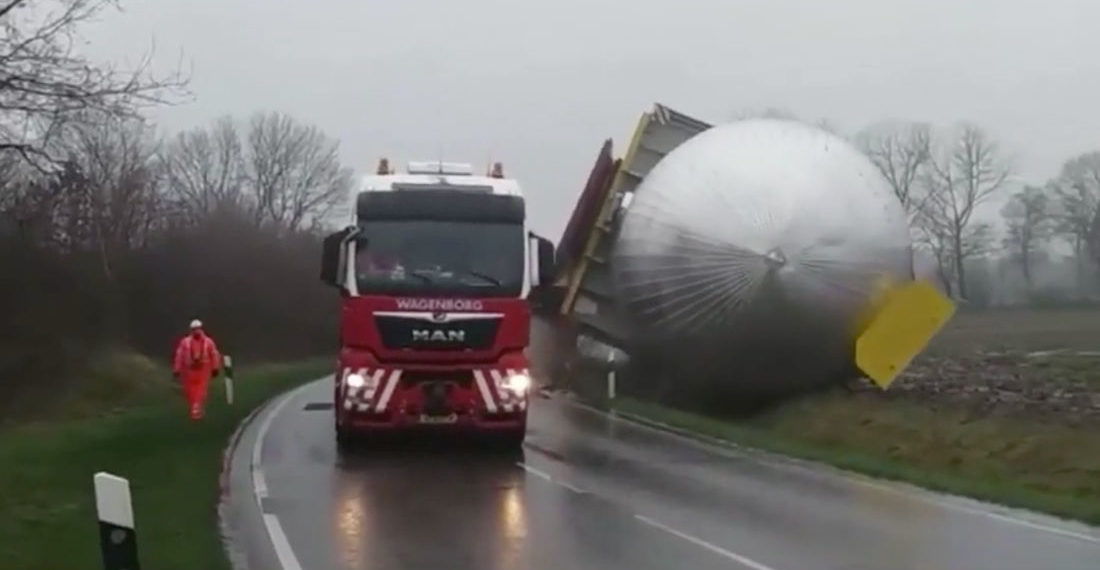 Because no matter how hard you plan, Murphy finds a way, this is a video from Germany of a massive metal gas tank being transported when it rolls right off the trailer that’s hauling it. Clearly the tie-down straps didn’t do the trick. According to one Redditor that allegedly knows the whole story:

It was a gas tank and it was the 2nd transport attempt. (The 1st was cancelled because they needed to cut trees on route, to make room for the massive convoy to pass. Majority of people living in te area was against it, so they had to find an alternative route)

ETA it took days to clean up after the accident. Transport was in Germany, the transport company is a Dutch company. It was their first big accident in over 100 years of being a transport company

Thanks to my dad, who agrees that could have gone much smoother. 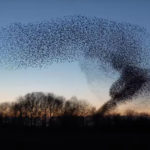 Don’t Sit Down: Pants With Integrated Pet Carrier In The Butt