To the North Pole and beyond!
Launching A Christmas Tree With A Giant Model Rocket Engine

This is a video of engineer Xyla Foxlin, model rocketeer Joe Barnard, and a team of aerospace engineers launching a Christmas tree into the wild blue yonder with the help of a very large model rocket engine. Based on the thirty minute video, apparently a lot more went into the build than just ordering a rocket Christmas tree from ACME like Wyle E. Coyote would have done. The launch is glorious though, I’ll give them that. Sure they have two failure to launches prior, but that just helped build anticipation and add an extra level of realism, because I’ve never had anything I build work right the first or second time. The third time though, they say the third time’s the charm — just not for me. That’s usually when I smash it with a hammer.

Keep going for the video, but actual launch at 26:55, with the two failure to launches prior beginning at 25:05. 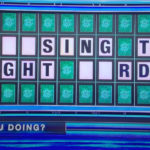