Seen here driving like a typical BMW owner, this is a video of a Romanian man getting the everliving shit t-boned out of his vehicle by a stationary light pole trying to evade the police while drunk and high on cocaine. “They were supposed to cancel each other out!” I imagine him trying to explain to the judge while representing himself in court, presumably drunk and high on cocaine again. Thankfully, nobody was seriously injured in the incident (a passenger would have been toast), which is incredibly fortunate. DON’T DRINK OR DRUG AND DRIVE. Everyone is already terrible enough at driving without adding any handicaps. 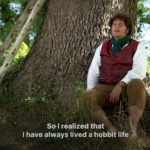 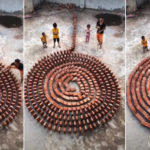