Coming in hot!
Surprise!: Man Films Huntsman Spider As It Jumps At Him 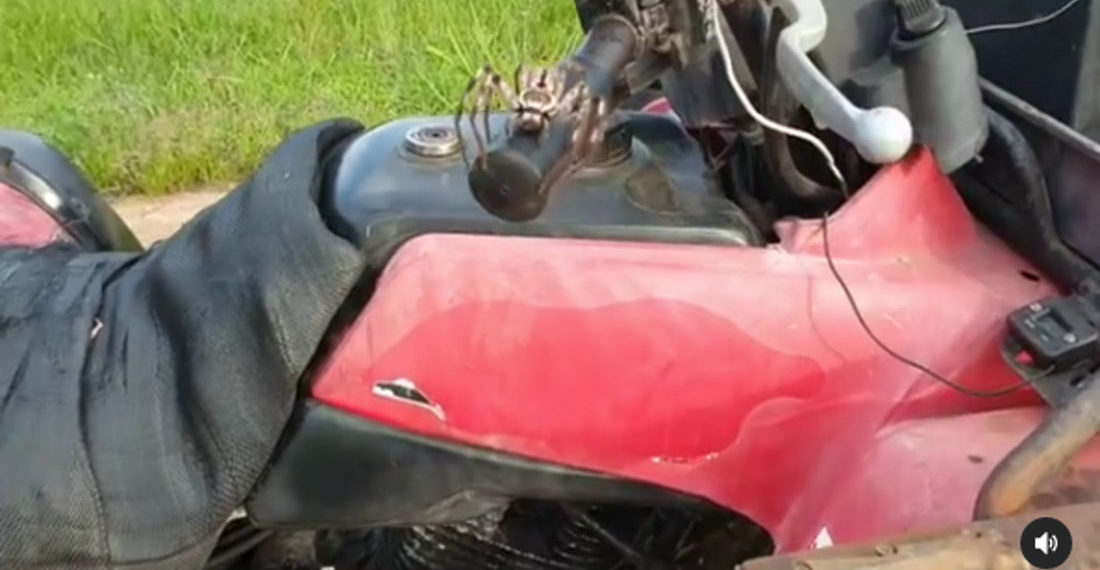 This is a short Instagram video of a large huntsman spider in North Queensland, Australia that decides it’s going to steal a man’s vintage ATV and jumps at the man when he tries to to reclaim his property. Some more fascinating information about spiders and their affinity for four-wheelers:

Arachnologist Dr Robert Raven from the Queensland Museum, said the vibrations from the quad bike attract spiders at a ‘rocket speed’.

‘We don’t know why but spiders will cover your tyres and become stirred up from the engine creating the deep vibrations,’ he told Daily Mail Australia.

He said spiders will gather and behave erratically if the vehicle is an older model and runs on diesel. 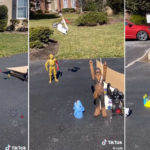 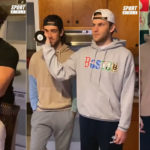