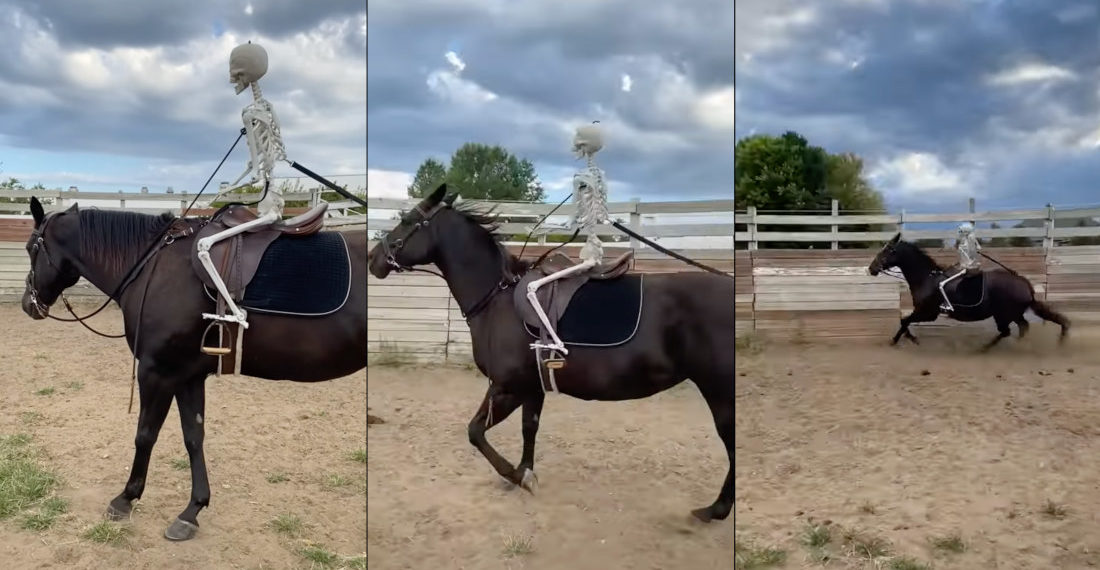 This is a video of horse trainer Rebecca using a fake skeleton atop mare Bon Jovi (that’s no steel horse!) to get the horse accustomed to riders, and demonstrate to students how to properly ride a mount. Could she have used a crash test dummy instead? Probably, but those things are expensive. Besides, if a horse isn’t afraid of an undead rider, it certainly won’t be afraid of a human. You think this is how Ghost Rider got around before motorcycles were invented? Maybe that’s him in the video, he’s just lost his fire and is trying to get back to his roots. Definitely something to think about if you’re as bored and stupid as I am.

Keep going for the video, which is particularly worthwhile when Bon Jovi really starts rocking and Ghost Rider is bobbling all over the place. 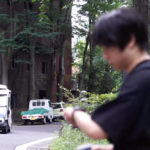 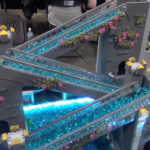