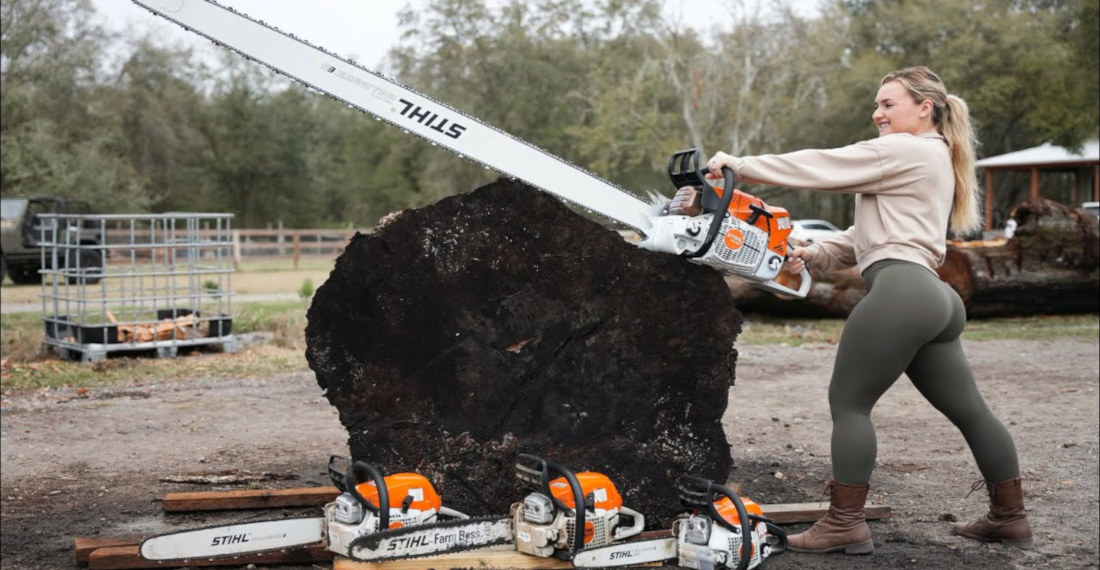 This is a video of the world’s most powerful chainsaw, the STIHL MS 881 MAGNUM with a 60″ guide bar being used to take cookie slices out of a massive stump. Obviously, if this chainsaw were a condom, it would be the size I have to wear. It’s not a condom though, it’s a chainsaw, so I don’t want it anywhere near my penis. The tool’s power head alone (without 60″ guide bar) weighs 22 pounds. That’s a hefty unit. Now I know the video preview shows Zoe doing the cutting (I wonder why), but in the video its her husband Trey. Trust me, I watched it four times just to make sure. THE OL’ BAIT AND SWITCH. Based on all their video preview pictures I assumed they were running some sort of semi-erotic power tool channel. And I’m still not convinced they’re not. They don’t even have a Patreon but I started one for them and donated to it. 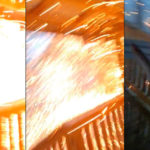 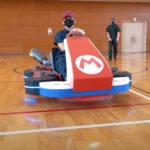