So tiny!
Whoa: A Photo Of A Single Atom

This is a photo of a single atom as captured by scientist David Nadlinger. The photo, which David very cleverly titled ‘Atom In An Ion Trap’, features a strontium atom (with 38 protons and a diameter of a few millionths of a millimeter) visible in the very center of the photo only thanks to the camera’s long exposure and the atom being illuminated by a blue-violet laser pointed directly at it. Still, there it is. Pretty wild, right? Maybe not as wild I was in college, but I used to stay up past midnight on the regular. Now? Now I don’t even stay up past midnight on New Year’s, just on the nights I spend moaning on the toilet because I undercooked dinner. “How do you undercook frozen TV dinners?” I think my microwave is underpowered. “That’s a record player.” That might explain it. 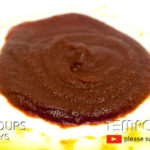 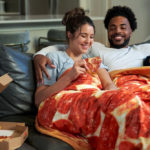 Tags:
and they said it couldn't be donechemistrycooldoing scienceglowingneatophysicsso that's what that looks liketinywell how about that!
Latest Posts