This is a video from China of some rich guys attempting to cook a small piece of meat using the fiery exhaust from a revving Lamborghini Aventador when the engine begins smoking and car starts gushing coolant. Some more details about what likely happened while I cook a few wieners on my dash like a normal person when it’s 85-degrees out:

…the accident happened because the Lamborghini was being revved while cold but as it isn’t getting up to high temperatures and the thermostat was closed.

This means that the driver was creating a lot of pressure in the coolant lines despite no need to cool the engine, so with nowhere to go the pressure keeps building until something fails.

It appears the plastic coolant tank ruptured, causing the blood-red coolant to stream out over the floor.

Well that sucks. Although I doubt it sucks too badly considering you’re already rich enough to buy a Lamborghini Aventador, which start around $450,000 but allegedly cost as much as $1,000,000 in China due to government luxury taxes. I’m honestly surprised they didn’t just let the whole thing burn and roast some s’mores for TikTok. 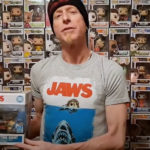 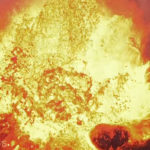