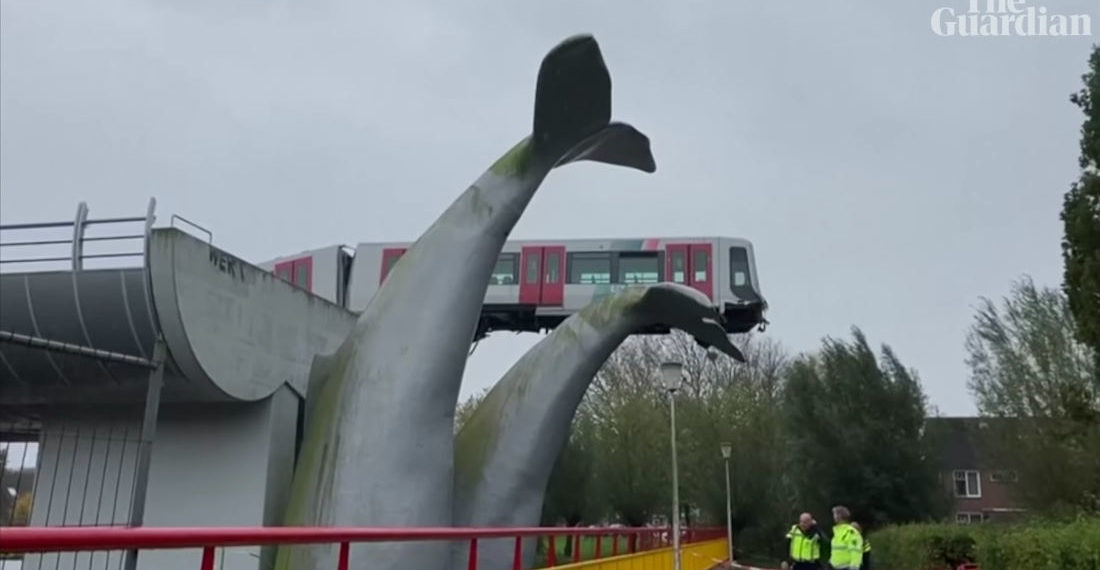 Because sometimes truth is stranger than fiction, this is a video from a metro station outside Rotterdam in the Netherlands of a train that overran the stop and came to a rest some 30-feet in the air atop a giant whale tail sculpture, allowing the driver to exit the train to safety. The sculpture, created by artist Maarten Struijs in 2002 is appropriately named, and I kid you not, ‘Saved By The Whale’s Tail.’ *brain explodes in a cloud of cobwebs and old TV commercial jingles*

The metro driver was reportedly able to free himself from the train without injury after the incident shortly after midnight on Monday morning. There were no passengers onboard.
Maarten Struijs, who made the sculpture of two tails emerging from water beneath the elevated metro line, said he was surprised the sculpture had held together.
He said: “I could never have imagined it that way, but it saved the operator’s life. The damage is an afterthought.
“I am amazed that it is so strong. When plastic has stood for 20 years, you don’t expect it to hold up a metro train.”

That’s nuts. Even more nuts? That there aren’t failsafes in place that prevent this sort of thing from ever happening in the first place. I just assumed everything was super automated with tons of safety measures. What is this, the 1950’s? Have seat belts been invented yet? Art saves lives, that’s the real message here. 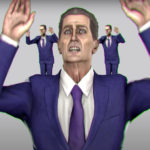 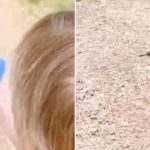