My God did that smell good.
Man Bakes Pizzas On Lava Flowing From Guatemalan Volcano 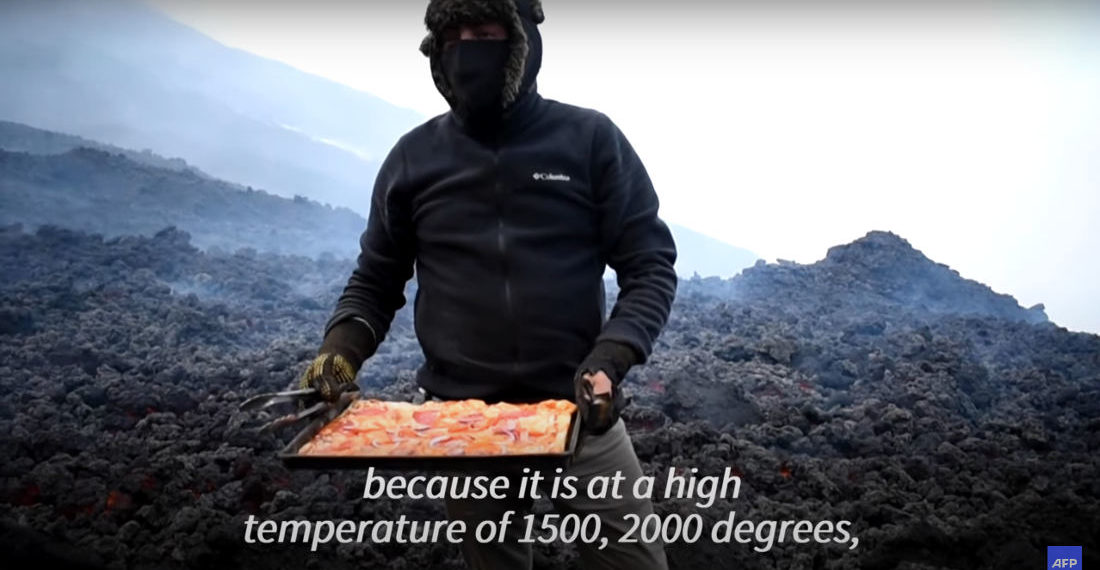 Pizza: it’s a way of life. And to prove that point, this is a video of David Garcia baking sheet-pan pizzas on lava flowing from the Pacaya volcano in southern Guatemala. Some more info about the process while I bake a pizza directly on the middle oven rack per the cooking instructions on the back of the box of my DiGiorno Rising Crust Four Cheese Pizza:

“It was difficult for me to learn the technique here so the pizza doesn’t [get] burnt. And it is also a risk to be on the shore because it is at a high temperature of 1,500 to 2,000 degrees, so I have to watch the wind direction so it doesn’t affect me,” Garcia said.

After his first taste of lava pizza, though, he came to the conclusion that the risk was worth the slice.

The high temps from the nearby lava gave it an exclusive taste and an amazing crunch. I told myself, ‘This needs to continue.’”

David says due to the incredibly high temperatures that the pizzas can cook in under three minutes, and he has to constantly monitor them to make sure they don’t start sailing down the lava river. He then sells the pizzas to tourists who have come to see the volcano and/or dispose of the One Ring. 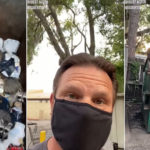 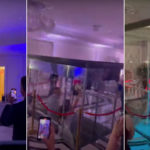