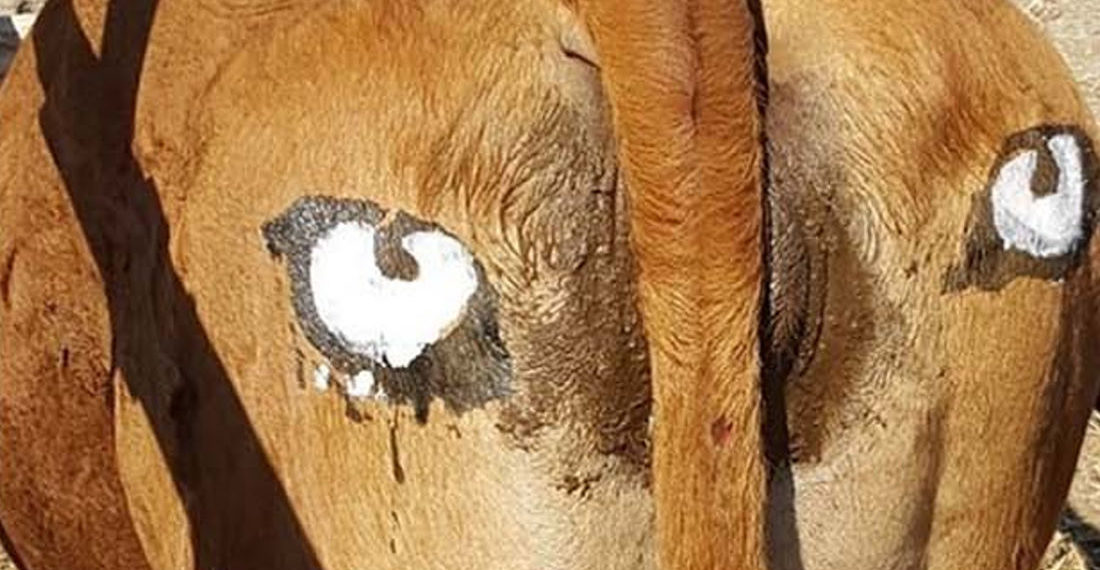 In news that shouldn’t surprise anyone who wants no part of whatever the hell is going on in the photo above, researchers have discovered that painting large eyespots on cow asses helps deters predation from large carnivores. Some more info from the recently published Communications Biology article while I paint eyespots on my own ass just to be safe:

However, according to a new study published in Communications Biology, “anti-predator eyespots do not occur naturally in contemporary mammals.” researchers decided to find out if painting eyespots on cattle rumps would reduce “attacks by ambush carnivores (lions and leopards).” The results were encouraging:
Cattle painted with eyespots were significantly more likely to survive than were cross-marked and unmarked cattle, despite all treatment groups being similarly exposed to predation risk. While higher survival of eyespot-painted cattle supports the detection hypothesis, increased survival of cross-marked cattle suggests an effect of novel and conspicuous marks more generally. To our knowledge, this is the first time eyespots have been shown to deter large mammalian predators. Applying artificial marks to high-value livestock may therefore represent a cost-effective tool to reduce livestock predation.

Fascinating. Kinda reminds me of– “The time you painted elephant ears next to your penis and asked your girlfriend if she wanted to go on a safari?” I’ve never seen her laugh so hard, and I’m not sure I’ll ever fully recover from it.

Thanks to Allyson S, who agrees those don’t look like the windows to any soul. 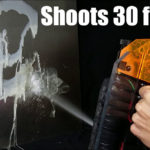 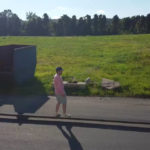